The Duke of Clarence was crafted on a dank night in an inner Sydney bar with mixologist named Fabio.

So in the middle of the night we were chatting with Fabio the mixologist about the virtues of olive oil and how this ingredient is being used in cocktails in suave bars all over the world. Fabio accepted the challenge, took the bottle of olive oil and began his creation.

You can see the Duke of Clarence in the background giving his approval. 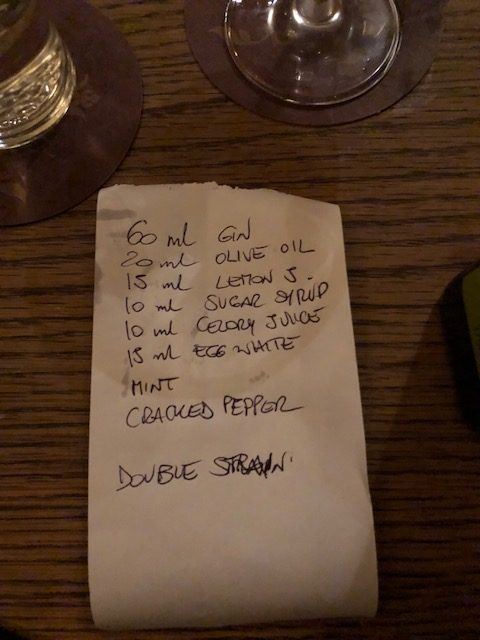